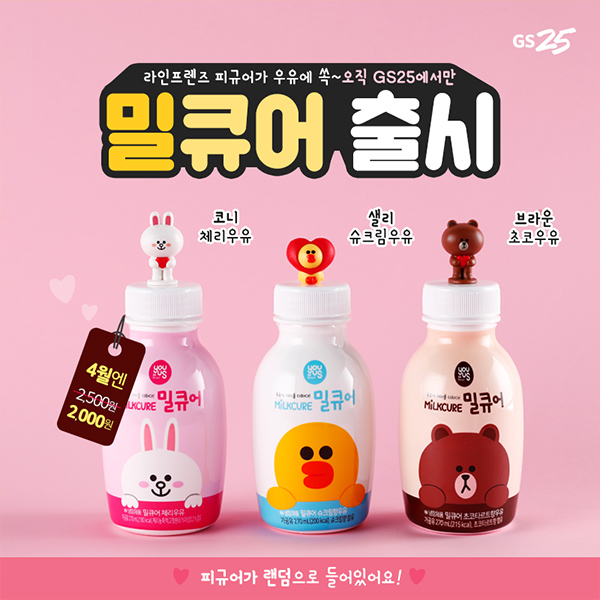 Convenience store GS25 has released three flavor of processed milk, MILKCURE which contains the popular and lovely character figures, LINE FRIENDS on the milk cap that looks like a bowling pin.

It has six ramdomly shaped figures made out of the cute LINE FRIENDS representative characters, Brown (bear), Cony (rabbit), Sally (chick), and Choco (brown's sister). One pair of Brown and Cony each hold a half heart and combine together as a love couple. 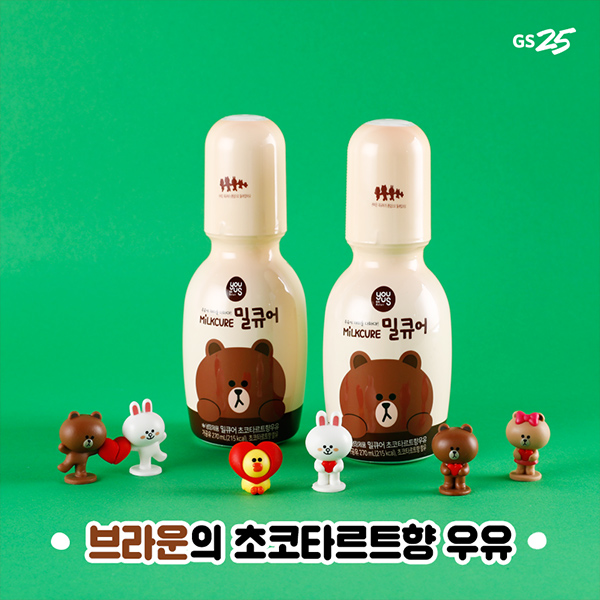 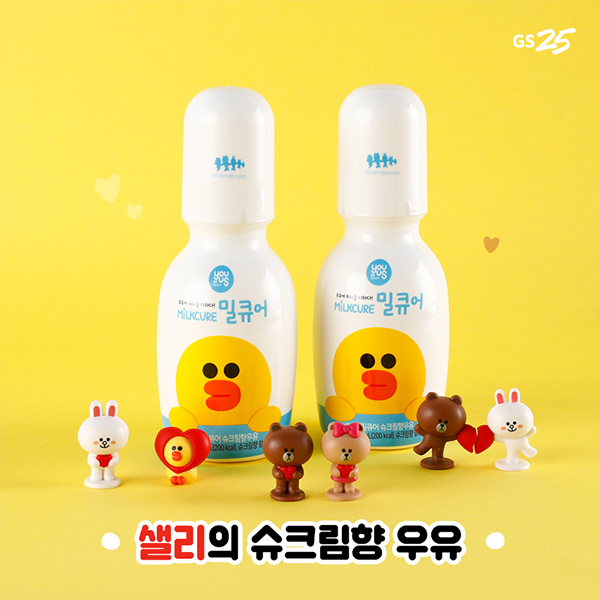 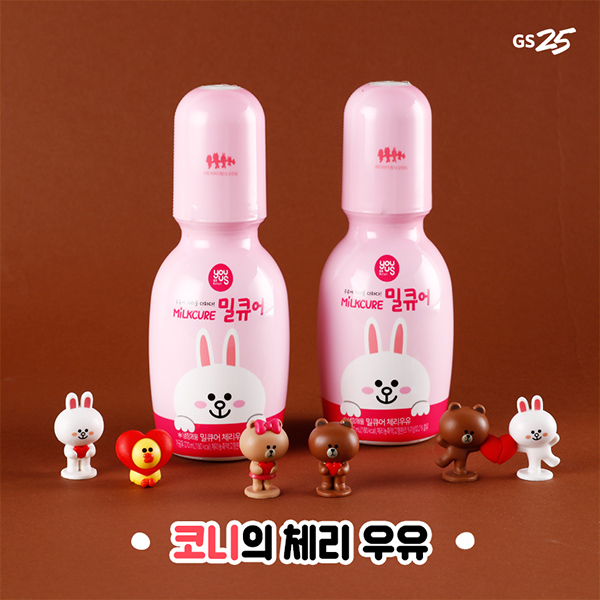 If you're going to be visiting Seoul area during April, make sure you head over to the closest GS25 near you and try ur luck to collect all six adroble little figurines.

Available at all GS25 stores nationwide

The figurines are randomly presented on the milk cap.